Luca Marianaccio (1986, Agnone, Italy) is an artist who mainly works with photography. By exploring the concept of landscape in a nostalgic way, Marianaccio wants to amplify the astonishment of the spectator by creating compositions or settings that generate tranquil poetic images that leave traces and balances on the edge of recognition and alienation. His photos sometimes radiate a cold and latent violence. At times, disconcerting beauty emerges. The inherent visual seductiveness, along with the conciseness of the exhibitions, further complicates the reception of their manifold layers of meaning. By applying a poetic and often metaphorical language, he creates work in which a fascination with the clarity of content and an uncompromising attitude towards conceptual and minimal art can be found. The work is aloof and systematic and a cool and neutral imagery is used. His works are based on formal associations which open a unique poetic vein. Multilayered images arise in which the fragility and instability of our seemingly certain reality is questioned. By emphasising aesthetics, he investigates the dynamics of landscape, including the manipulation of its effects and the limits of spectacle based on our assumptions of what landscape means to us. Rather than presenting a factual reality, an illusion is fabricated to conjure the realms of our imagination. His practice provides a useful set of allegorical tools for manoeuvring with a pseudo-minimalist approach in the world of photography: these meticulously planned works resound and resonate with images culled from the fantastical realm of imagination. In a search for new methods to ‘read the city’, he focuses on the idea of ‘public space’ and more specifically on spaces where anyone can do anything at any given moment: the non-private space, the non-privately owned space, space that is economically uninteresting. His works are often about contact with architecture and basic living elements. Energy (heat, light, water), space and landscape are examined in less obvious ways and sometimes developed in absurd ways. By choosing mainly formal solutions, he seduces the viewer into a world of ongoing equilibrium and the interval that articulates the stream of daily events. Moments are depicted that only exist to punctuate the human drama in order to clarify our existence and to find poetic meaning in everyday life. His works establish a link between the landscape’s reality and that imagined by its conceiver. These works focus on concrete questions that determine our existence. With a subtle minimalistic approach, he tries to develop forms that do not follow logical criteria, but are based only on subjective associations and formal parallels, which incite the viewer to make new personal associations. His works appear as dreamlike images in which fiction and reality meet, well-known tropes merge, meanings shift, past and present fuse. Time and memory always play a key role. Luca Marianaccio currently lives and works in Grottaglie, Puglia, Italy. (Portrait by Piero Percoco, 2017) 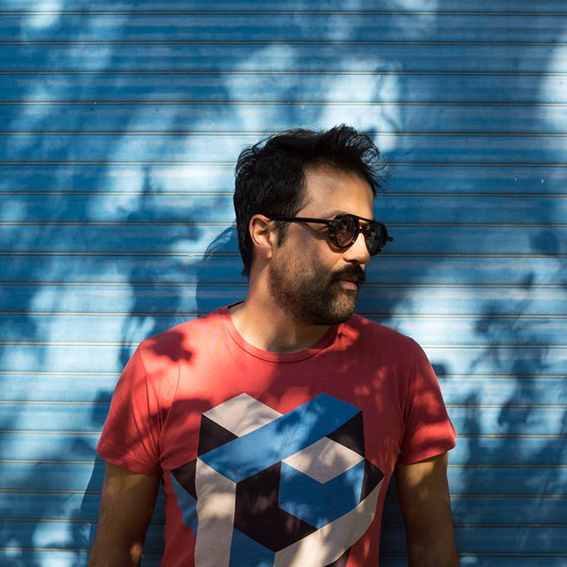